Due to some communication mix up (mostly mine) and a little bit of schedule delays (Zac) we crossed paths at the Dr. Lutz repair project. I had exchanged emails with Zac about a week prior to the project and he indicated that he was coming. I didn't hear back from him and wasn't sure WHEN he was planning to show up. During the project we had wondered when he was coming.  John and Linda were holding down camp so it wasn't a big deal, he would get there when he gets there. After we finished the project and still no Zac by Saturday morning, we figured that something came up and he couldn't make it. Turns out he showed up Saturday morning just after we left to head over to Weavernoy. I had taken down the SCBS sign as we left but Zac found our tracks and followed 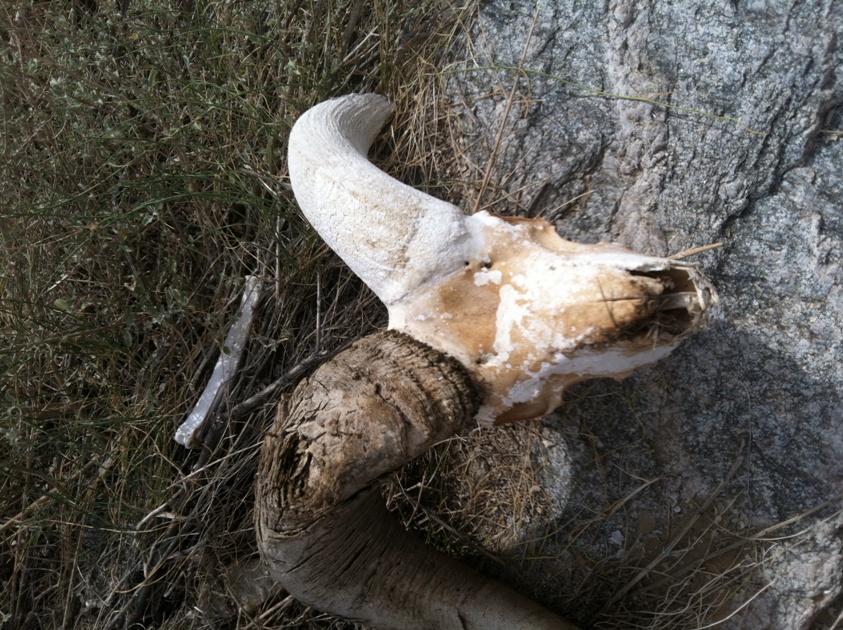 them. Once in the canyon he saw the small rock cairns and followed them all the way up to the tanks. As far as I know Zac did not have the GPS coordinates. Not bad for a new volunteer and his first time to Dr. Lutz guzzler! It must have been his Marine Corp training. He obviously did a fairly good job of tracking to be able to find the guzzler.  Anyway he saw our work, found a ram's skull and had a great time. He definitely wants to help out again. Hopefully we won't cross paths next time.