Through the cooperation of the Barstow Field Office of the BLM; Quail Forever and SCBS have refurbished a small game guzzler and converted it into an all-species water source. 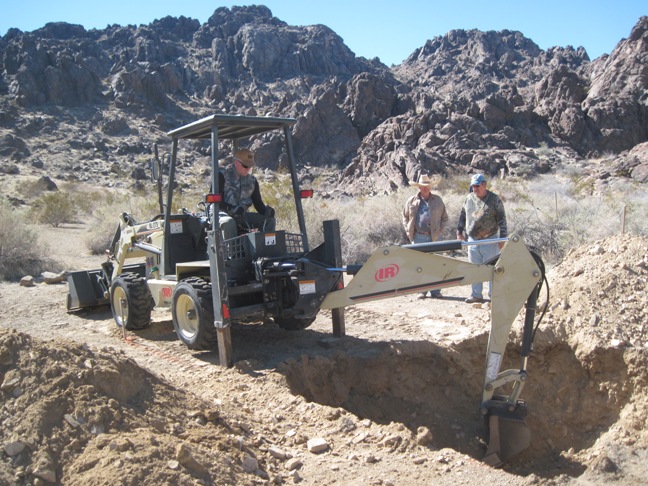 The old system was built many years ago but has recently been incorporated into the Sawtooth Campground boundary.  We removed the old 500 gallon tank and replaced it with a new SCBS style tank with integral drinker.  The old tank was recovered by Quail Forever for reuse elsewhere.  We were fortunate enough to be able to access the site with a small backhoe, although it took just as much time to dig as by hand, we prevented a lot of sore backs.  The Quail Forever masonry crew did an excellent job of installing an intake screen and small rock dam where the old collection surface had drained straight into the old tank.

There have been desert bighorn sighted in the area over the last few years, possibly attracted to the water despite the presence of humans and even though the water was not available to sheep due to the design of the small game guzzler. 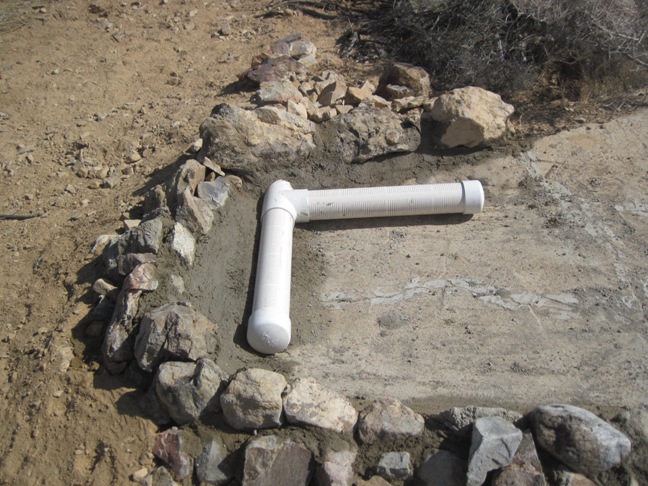 This area has seen a rather large increase in sheep population over the last 5 to 10 years.  At the same time, the Victorville / Apple Valley / Lucerne Valley has had a tremendous amount of development and providing water sources can be the difference between a healthy well connected population or the path to eventual extirpation.  By providing accessible water developments, SCBS can help foster a “metapopulation”, that is a population of populations.  Desert bighorn sheep by their nature tend to form in small groups or herds; groups that in many cases are not sufficiently large to ensure long term genetic diversity that is necessary to the survival of the species.  It is rather well known that desert bighorn sheep tend to favor steep terrain, but they must not be restricted from the foothills and valley floors - they must cross these areas in order to spread genes from one mountain range to another. 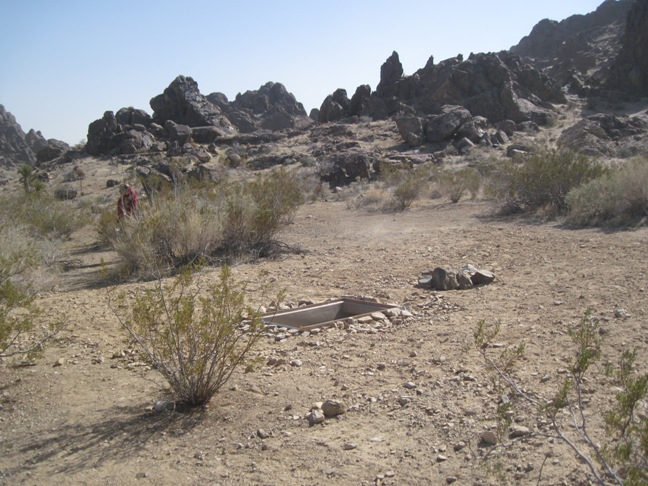 This interlinking between classic herd groups is what is called a metapopulation.  Only through a metapopulation can desert bighorn sheep survive as a species.  SCBS is dedicated to providing all-species wildlife water developments as a primary avenue to foster a metapopulation of desert bighorn sheep.  If we make our systems accessible to sheep, all other species can benefit as well.
Thanks to all the volunteers that stopped by to help; due to the location we had a large number of visitors and nearly all were enlisted to help in some way.  Bob Burke provided a “low country boil” dinner and if you haven’t had this before you are really missing out.  Come on out to the next project and maybe you’ll get a taste.