Member John Voght sent in a nice photograph of a collared ram from the Piute Water Development.  Neal Darby, biologist at Mjoave National Park reports that Ram 482 was captured in the Hackberry Mountains in November 2013 as part of their disease monitoring efforts.  The distance between Hackberry Mountain and Piute BGG is approximately 15 to 20 miles. 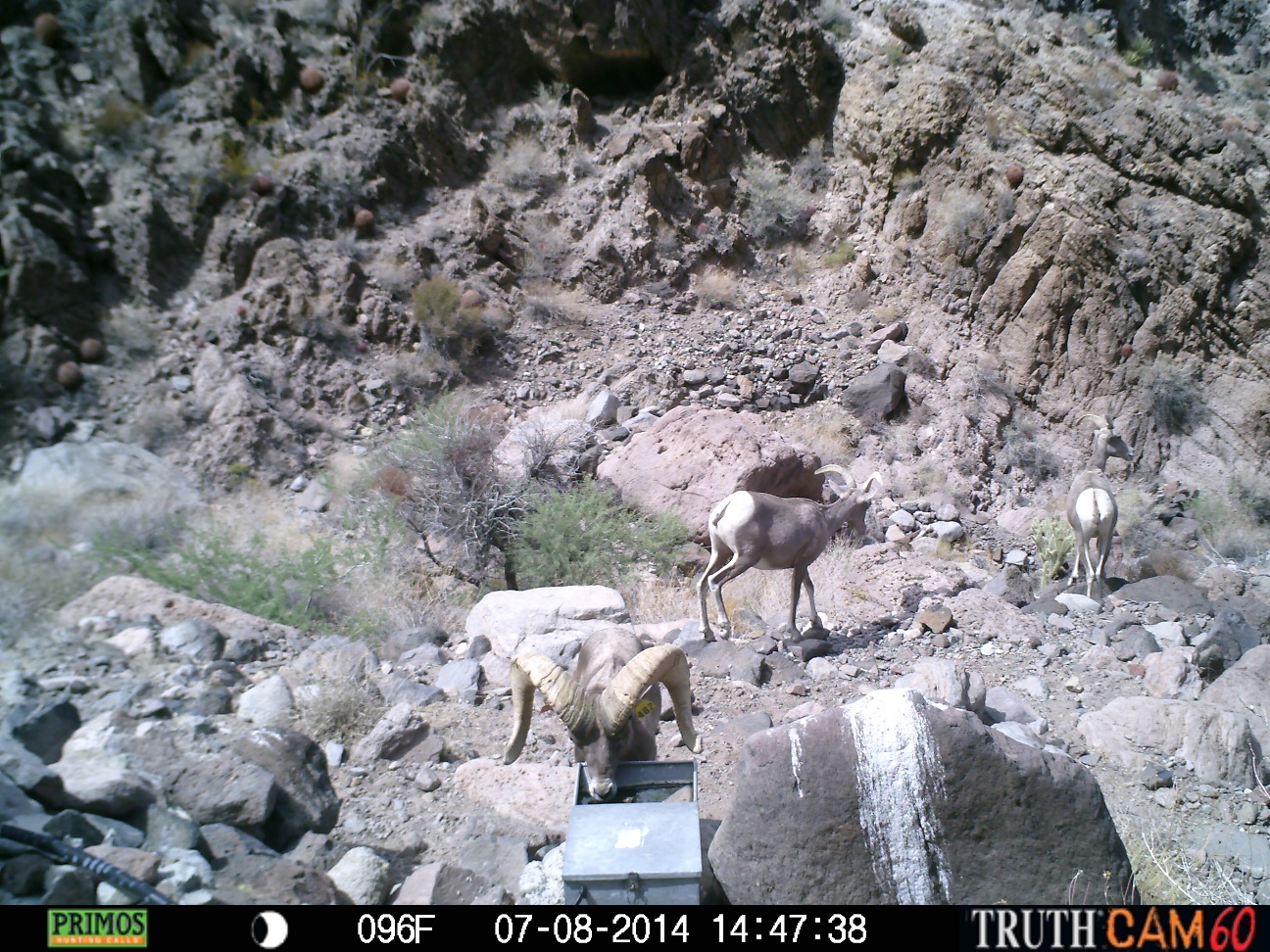